Third party testing has established that Hallmark Floors is BEYOND CARB II compliant.

Third party testing has established that HALLMARK FLOORS HAS SURPASSED CARB II standards and is compliant. In fact, Hallmark Floors has always used low-emitting glues, and by as early as the beginning of 2008, was producing products that met this standard… four years before CARB II became law in 2012! Independent, third party testing established the following:

Recently, the CBS 60 Minutes show did an investigative piece on a major U.S. floor covering retailer. The subject of the report was formaldehyde emission levels in both laminate and engineered hardwood flooring. The controversy revolves around materials being labeled as compliant with CARB II (California Air Resources Board Phase 2 standards for formaldehyde emissions). 60 minutes sent investigators to factories in China, where plant managers were asked if the products they were producing for this retail group were CARB II compliant. The managers answered that they were not, and when boxes from this retailer were filmed in the factory, these same materials were labeled as being CARB II compliant.  The products purchased by investigators at the national retailer’s stores were submitted for testing at independent, third party labs. These labs tested the materials purchased, adhering to ASTM (American Standard Testing Method), using test criteria recognized by the state of California, as the method for verification of compliance. The materials in question failed to meet CARB II standards, in many cases by having a significantly higher formaldehyde emission level than allowed by the state of California.

It is important to note that federal standards allow for formaldehyde emission higher than those of CARB II. However, the CARB II standard resembles the much more stringent indoor air quality standards found in Europe and Japan. Since California is such a large part of the U.S. market, reputable manufacturers simply adhered to the more stringent standards by using super low emitting adhesives to construct both fiber board and veneer core plywood/hardwood. CARB II became the gold standard, and consumers wanted these products whether or not they lived in California. This issue is now being pressed against the retailer in question. Numerous class action lawsuits have been launched against the subject of the report and contend that the use of CARB II on boxes containing non-compliant product constitutes deceptive and misleading business practices.

In recent years, excessive exposure to formaldehyde has been discovered to be a human health hazard and potential cancer-causing agent. These facts facilitated the need for more stringent standards such as CARB II. In fact, the federal government will make CARB II standards the basis of law for the entire United States in 2015.

What exactly is CARB II and what does it mean? The testing methods are designed to see how much formaldehyde is being released into the air and is measured by finding how many parts per million exist in a cubic meter (35.3146667 cubic feet) of air. The standard of measure is metric as the standards are international and make the playing field level and transparent. The CARB II maximum rate of emission of formaldehyde for engineered plywood/flooring is 0.05ppm (parts per million) and applies to the engineered wood flooring products that Hallmark manufactures. The CARB II standard for medium density fiber board / laminate flooring is 0.11ppm (a higher allowance due to the greater amount of glue required to manufacture that type of material). Hallmark Floors does not manufacture any laminate flooring. 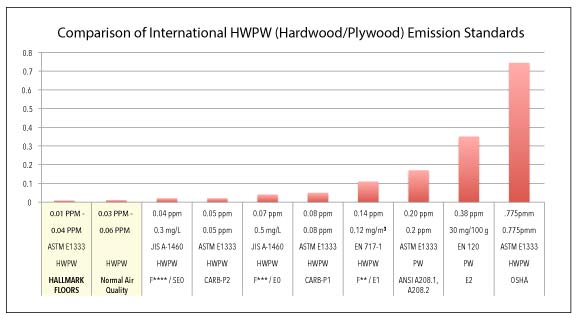 For more information and facts, click here.  Read our FAQ on Carb II. 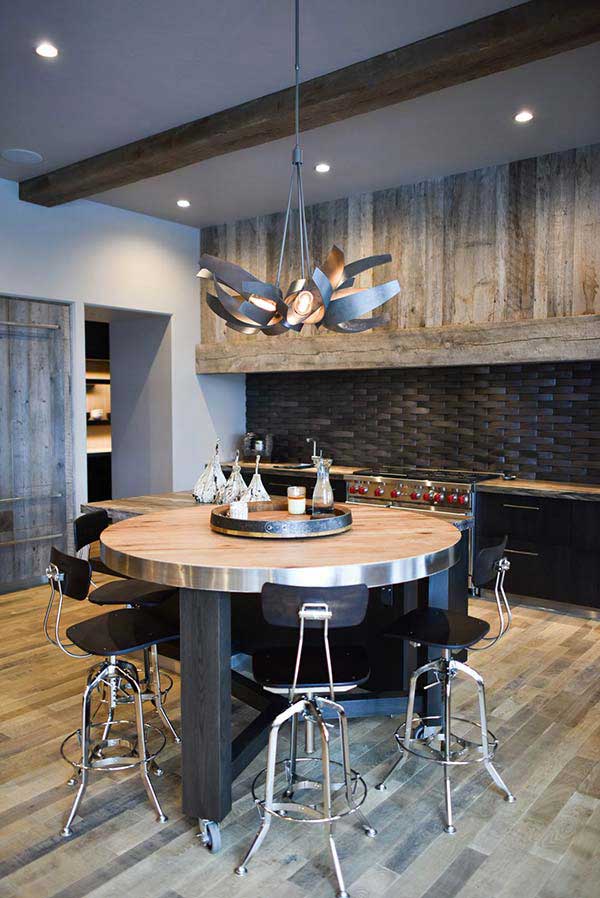 Click here to locate an authorized Hallmark Floors’
dealer near you.